The Foundation’s kids are its beacons of light in a difficult place. The reality of their circumstances may be grim, but the kids are curious, joyful, eager to learn, and hardier than any hardship that surrounds them. They can herd goats, cook and clean, care for younger siblings and older grandparents, work in fields and cut grass. They can equally well, read Faiz, make presentations on the birth of stars, write heart-warming poetry, spend hours over a challenging math problem or volunteer cheerfully at the Learning Center. For them things are never either/or. They are boundlessly energetic, and resiliently positive! 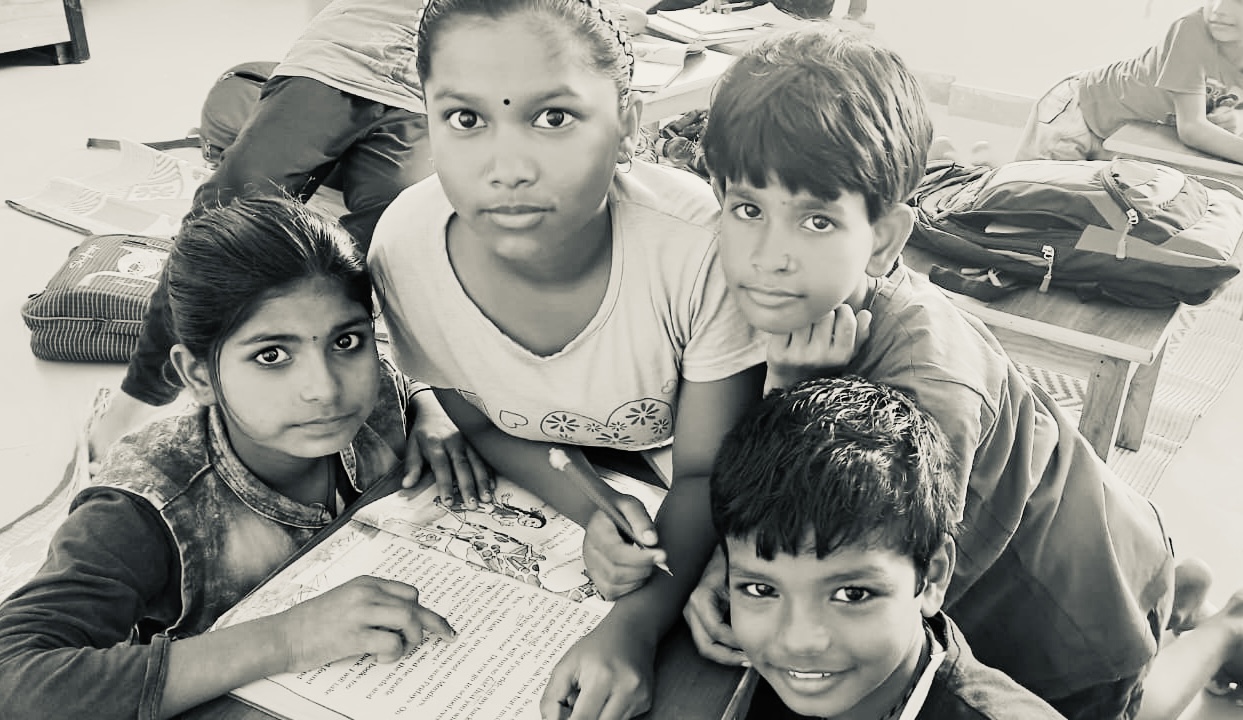 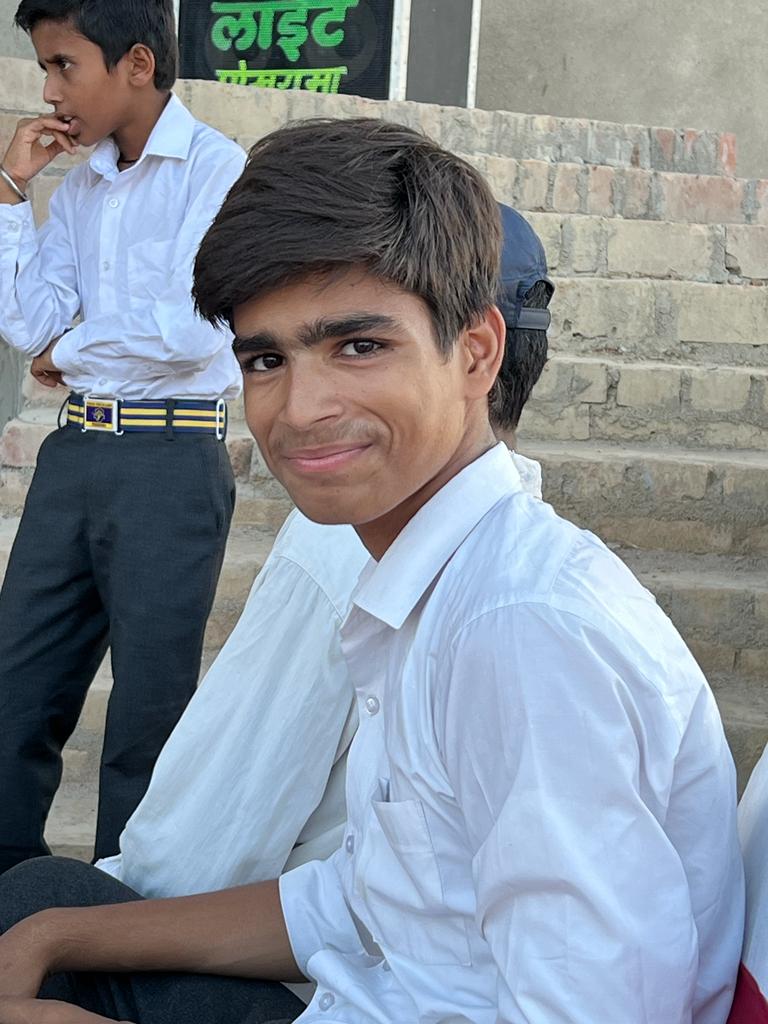 S, a 14 year old, became a Foundation scholar when he was 8 years of age. Making the “best-out-of-waste” has been S’s hobby since childhood. S tinkers with thrown out wires, old mobile phones, worn out motors from old fans and other “waste” to fashion crude electronic items. He plays cricket, enjoys dramatics and dreams of being a scientist or engineer one day. All this despite the extreme violence he has seen.

SK was six years old, very shy, and unsure of her abilities when she first joined as a Foundation scholar. A thriving student now at 12, SK can sit and read for hours in the noisiest of settings. She can make free flowing translations of Harry potter into Hindi and Safdar Hashmi into English. She wants to study literature and be a professor when she grows up. 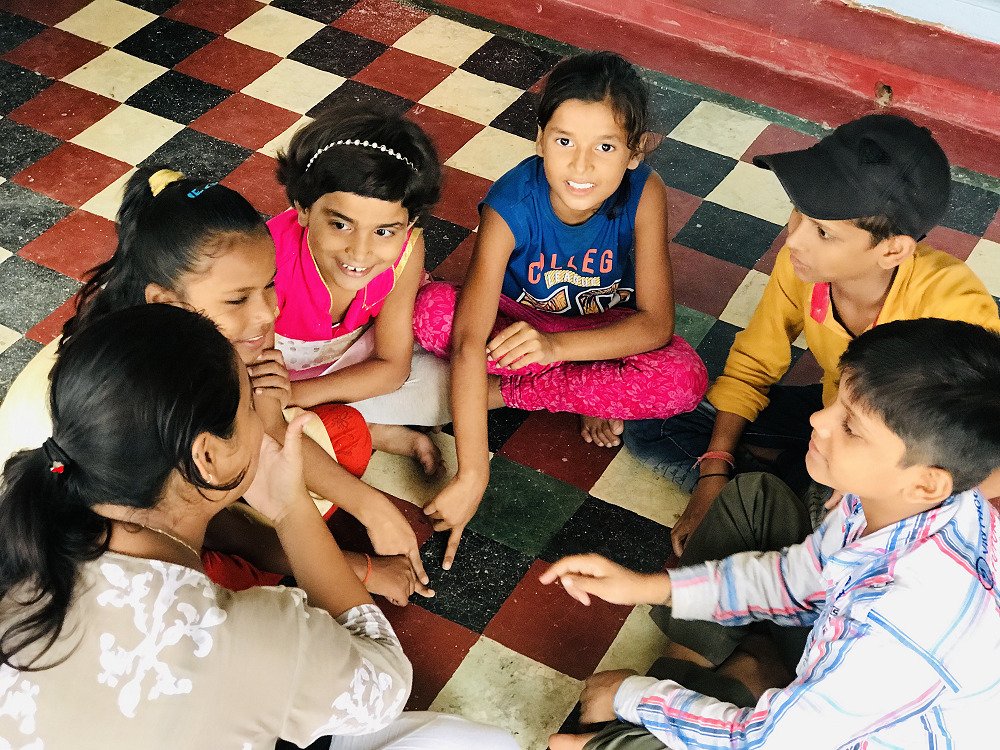 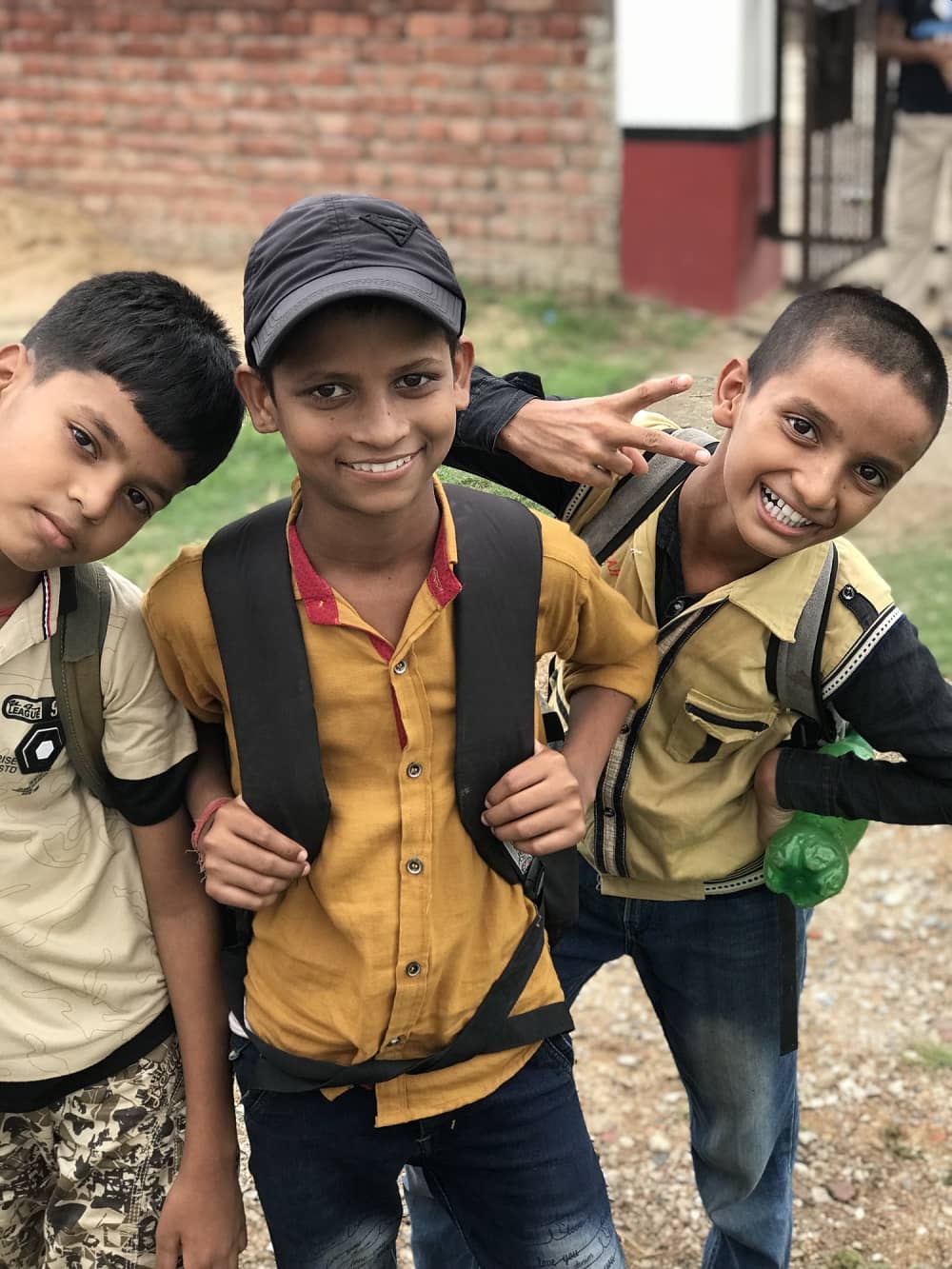 SK, 13 years, is the son of a domestic worker and daily-wage-laborer mother-father duo. When he first joined the Foundation as a 7-year-old, SK had taught himself to write English by painstakingly copying a page of English text every day. His great ambition was to go to “good” school one day. Now a student at PFA, SK excels at schoolwork and community service. One of the most active volunteers in the Learning Center project, S wants to grow up to be a scientist and a social worker who can bring the gift of education to more and more out-of-school-children.

P comes from a family of six, supported almost entirely by her mother--a domestic worker. When P came to the Foundation’s school she had no familiarity with books or learning, she barely spoke and gave little indication that she was following very much when others spoke to her. P was placed in the Foundation’s Learning Center program for a year where she made some definite progress with basic reading and writing. In 2022, P. got admitted to the Pokhrama Foundation Academy, attending kindergarten. P is 8 years old and in a school for the first time in her life. Within months of being at school, P has blossomed into a happy, expressive, playful kid who loves coming to school and talks nine to a dozen! 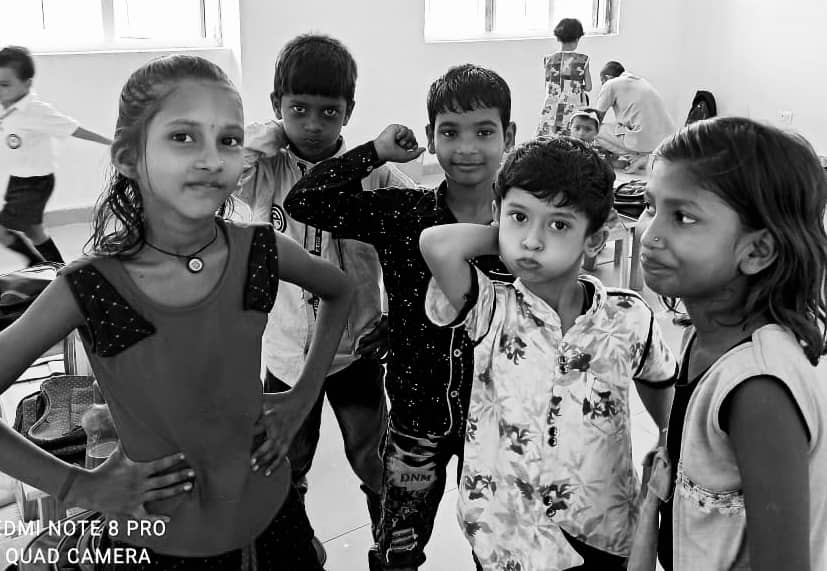 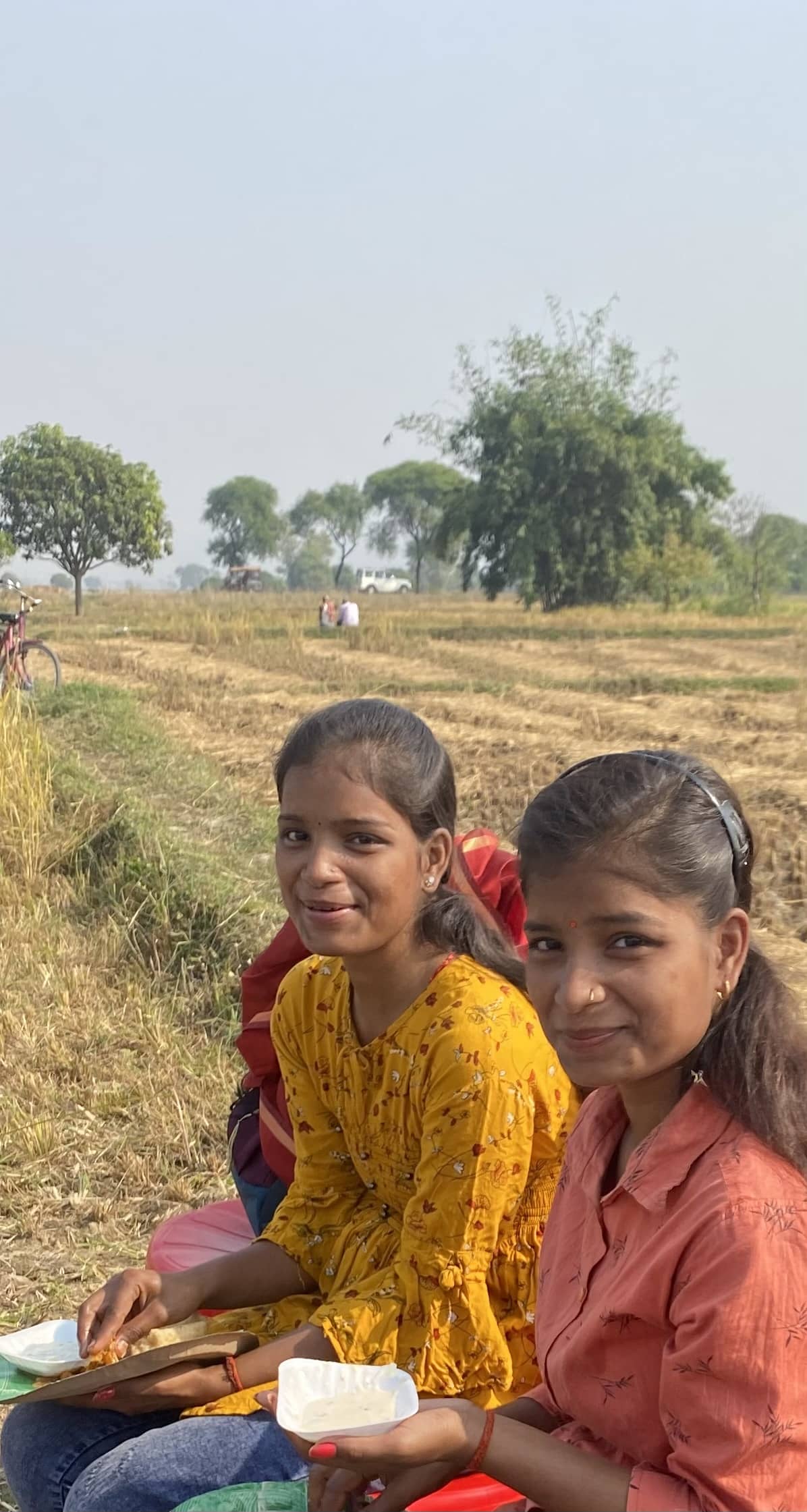 When they became Pokhrama Foundation scholars in 2016, K and Ka. began to attend regular school for the first time in their lives. The twin sisters were two of six siblings (5 girls+1 boy) who in 2016 had recently lost their father, the sole breadwinner in their family. The opportunity to attend school was, to the twins, unexpected--not something they had sought, and at first not particularly welcome. K and Ka found school a daunting place. They understood little or no English--not at all unusual for most kids in and around Pokhrama. But even expressing themselves in Hindi, which most people at school could do easily, was difficult for the twins. The only language they spoke was Maghi, the dialect of Hindi spoken in their area. Unable to express themselves, the twins felt inadequate at school and under confident. Did they have any dreams for themselves? Any ambitions to be ´something´ or ´somebody´ in the future? 'No', is their emphatic reply. ´Such thoughts´, they say, ´did not even enter our minds then’.

Gradually, and especially after they joined the Pokhrama Foundation Academy, the twins began to grow in confidence. Individualized attention from teachers and the mentoring they received at PFA helped K and Ka. blossom. They participated in class discussions, put up plays and dances, wrote poems and took part in English declamation events. When the idea for a Learning Center (LC) was floated in early 2021, K and Ka. signed up to be student teachers. One took on the work of English instruction, and the other Hindi. Along with 15 other students of PFA, K and Ka. diligently ran the LC through the 2021-2022 academic year. The LC's mandate was to work with out-of-school kids (51 in the year 2021) in their community and get them school ready for the next year.

The LC student leaders worked in a focussed manner. They targeted families with girls and lower caste households where kids were not going to school. The LC student-teachers had to first convince parents to send their children to the LC--three times a week for two hours. They promised members of the community that the LC would be a professionally run place where kids could get school ready for free

Once 51 kids enrolled, the student teachers set to work: they found premises for the LC (two rooms in the village); they cleaned the place and fitted it with electricity ; they received teacher trainings; held practice classes; wrote lesson plans; got to every class before time; worked in small groups following a set syllabus to build skills in “their kids”; set and corrected homework every class, and made sure no child lagged behind. The going was not always easy, but there was joy in learning-through-teaching, in being ‘useful’, and in being able to ‘matter’ in some way.

Upwards of twenty-five of the enrolled fifty-one kids got placed in schools this year. This was only after 5 months of instruction at the LC. Many of those placed are girls, several are from the lower castes, and almost all had considerable learning deficits when they first started.

K and Ka., and all the student-teachers of the Learning Center, have big ambitions of their own. K wants to be a doctor, Ka.—a professor. Whatever the future brings they are success stories already: leaders who are making a change! 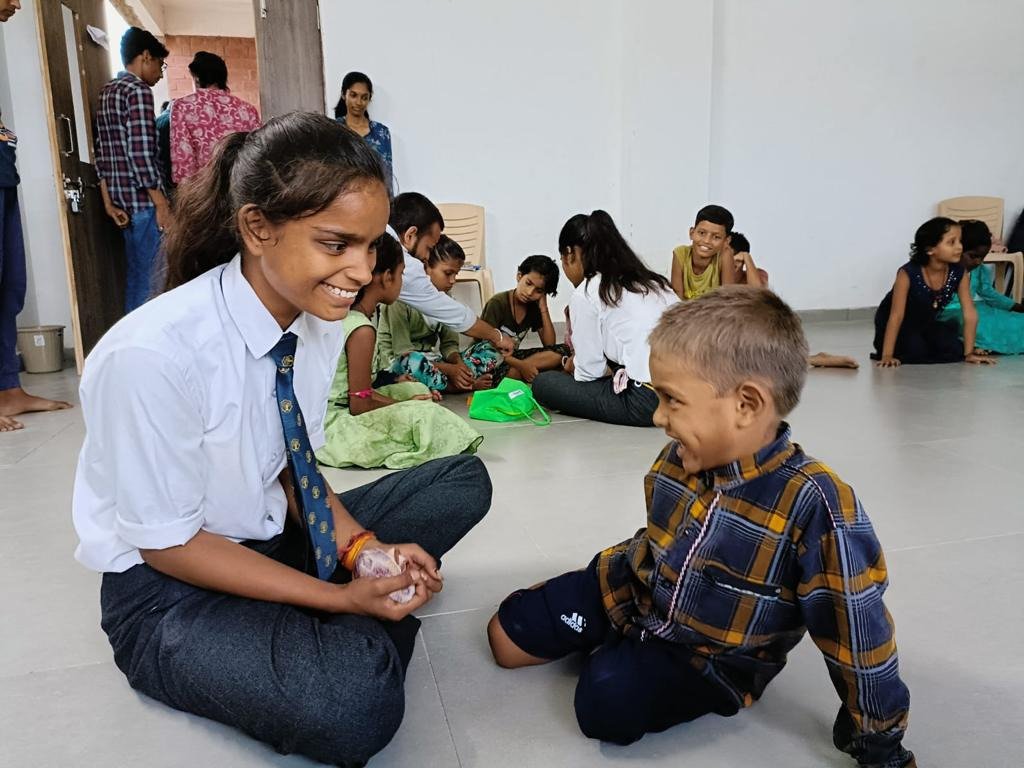